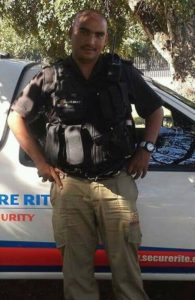 On Sunday in the early hours of the morning a client of Secure Rite in Croydon had 2 suspects breaking into his garage and they stole 3 bicycles estimated to be approximately R90000-00.

Supervisor Adriaan Gilbert rushed to the scene and assisted the client in searching for the suspects. As the client and Sup Gilbert searched they came across Neighborhood watch members from Faure/ Macassar. A description of the bikes were given to the neighborhood watch members and about an hour later 2 suspects and the 3 stolen bikes were recovered.