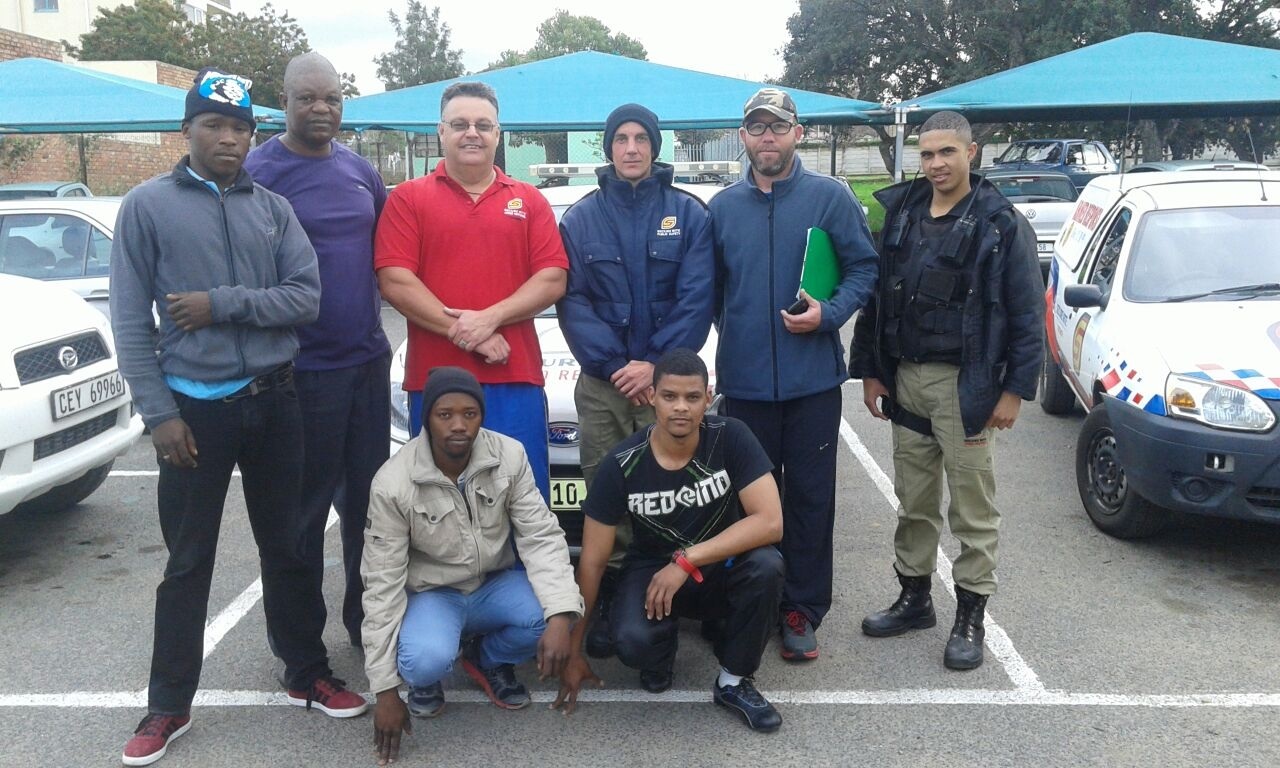 On Wednesday 8 July 2015, a group of armed response applicants attended a fitness evaluation at Secure Rite base in Somerset West.

The applicants did a 2.4 km run with a young officer with the best time of the day 9 minutes and 11 seconds. Officers also ran 25 meter shuttles and up and down stairs.

Next the officer’s upper body strength was tested with push-ups and chin-ups and the old man of the armed response squad at Secure Rite Herman Ras Armed response and Training Manager Herman Ras showed the youngsters how its done with 75 push ups in 60 seconds and 21 chin ups in 60 seconds and lastly the officers core strength was tested with sit ups and here again the old dogs came out on top.

At Secure Rite we are serious about your safety!