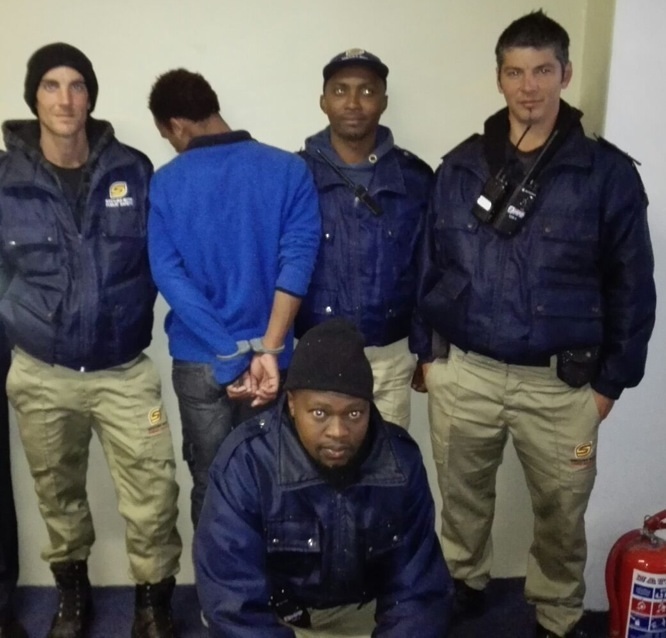 On Monday 13 July 2015 at approximately 15:35 Strand Public CID Safety officers were on crime prevention foot patrols in Strand CBD area when they were called to Strand Square Fagan Street Strand to assist a manager at a Cellphone shop were a suspect had allegedly purchased a cellphone with false documents. The Public Safety officers investigated and found that the suspect had used false documentation to buy the cellphone . The suspect was detained by Strand CID public safety officers and a armed response officer of AM security and handed over to Strand Police. The manager of the cellphone shop made a case of fraud against the suspect. Well done guys!