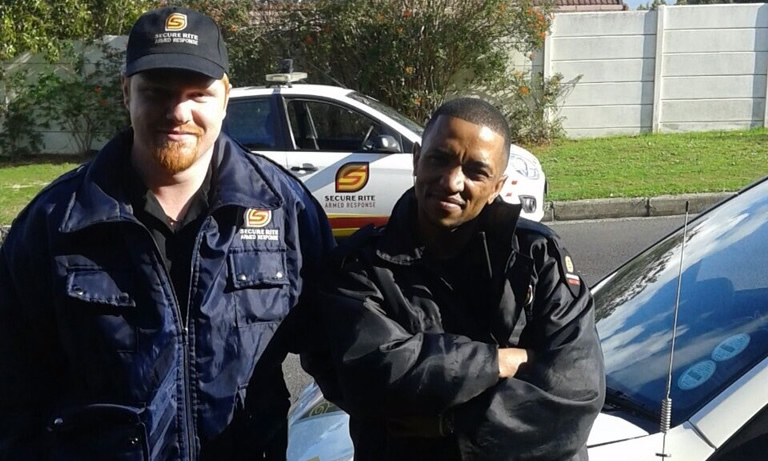 On Thursday 16 July 2015 at approximately 09:00 Neighborhood watch Support officer Jakobus Greeff on N99 sponsored by Secure Rite received a call from the Neighborhood watch control room of a suspicious male with a weed eater in New Street Somerset West.

At 11:00 officer Greeff reacted to a neighborhood watch call in Dramastreet Somerset West were he questioned another suspect in possession of suspected stolen goods.

This suspect was also detained and handed over to Somerset West Police.

At approximately 14:00 a call was given to armed response vehicles of an alarm activation in Stellenberg road Helderview Somerset West officer Juan Stoffberg stood down within minutes and found that the premises had been burgled .

A description of the suspects by witnesses was broadcast over to other armed response units and the search for suspects began.

Officer Stofberg and neighborhood watch support officer Greeff noticed a suspect matching the description not far from the burglary scene and detained the suspect and handed him over to Somerset Police.