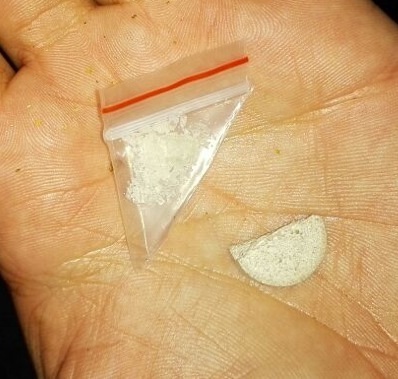 On Sunday 19 July 2015 at approximately 18:40 Strand CID Public Safety officers Rohann Nolte and Christiaan Coetzee and officer Nobida were on crime prevention foot patrols in Strand CBD at the Taxi rank in Fagan Street Strand when they noticed a suspect who tried to hide something away.

The officers approached the suspect and found a cigarette box and when they opened the cigarette box they found a small plastic bag containing what is suspected to be Chrystal meth(tik) as well as half of a tablet wich is believed to be mandrax.

The suspect was detained and handed over to Strand SAPS as well as the drugs. Well done guys we are proud of you!