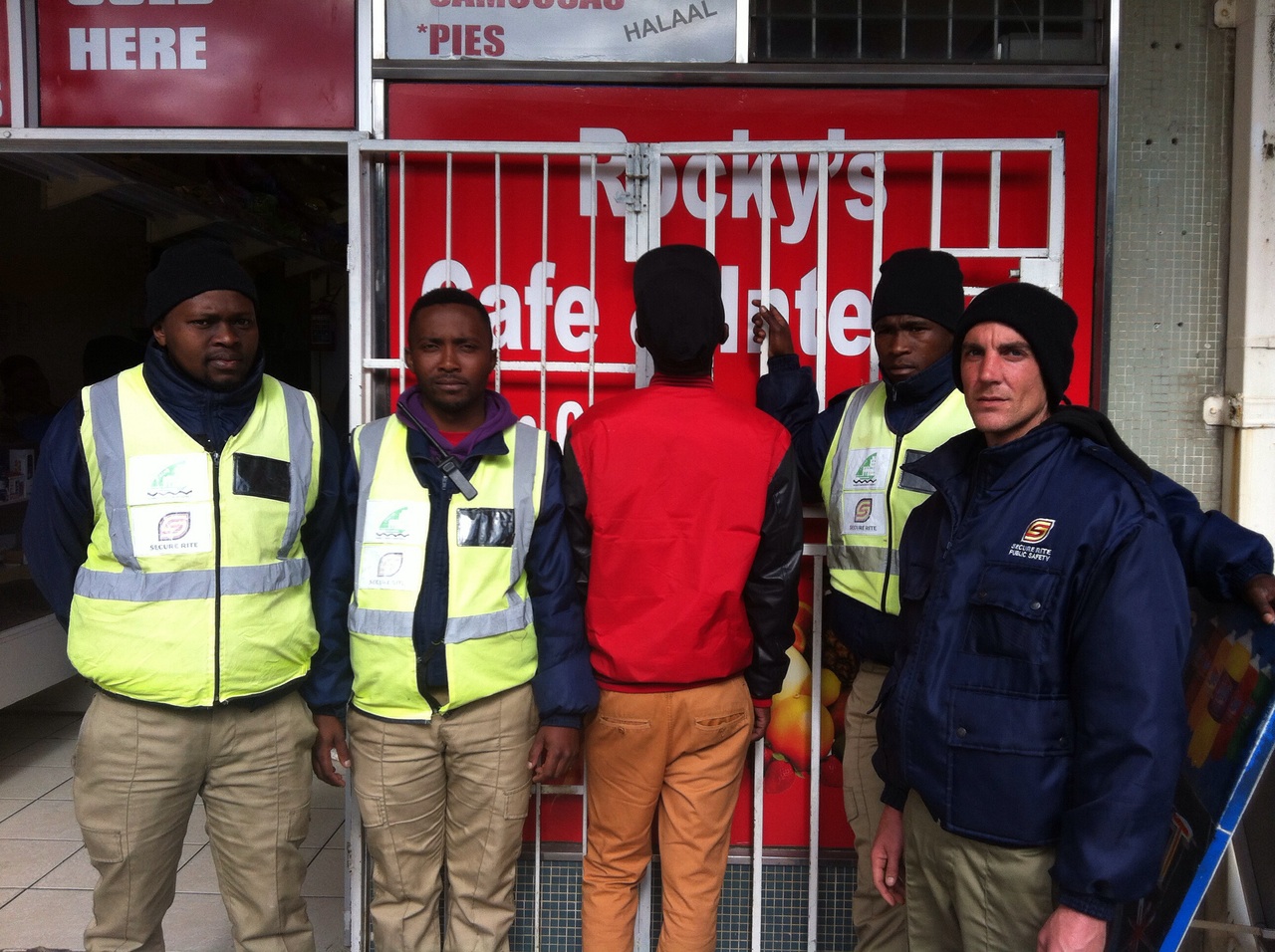 On Friday 31 July 2015 at approximately 13:50 Strand CID Public Safety officers Siviwe and Siphiwo as well as Coetzee and Inspector Nolte and officer Bande were on crime prevention foot patrols in Strand CBD when they noticed 2 suspects near the Post Office in Main-road Strand hiding something under their jackets.

When the officers approached them they moved around the corner. One suspect ran away but 1 suspect was caught. The officers found a Brand new sports bag with a price tag still attached to it with the information of the business attached to it hidden away in a space under panels at the Post Office. 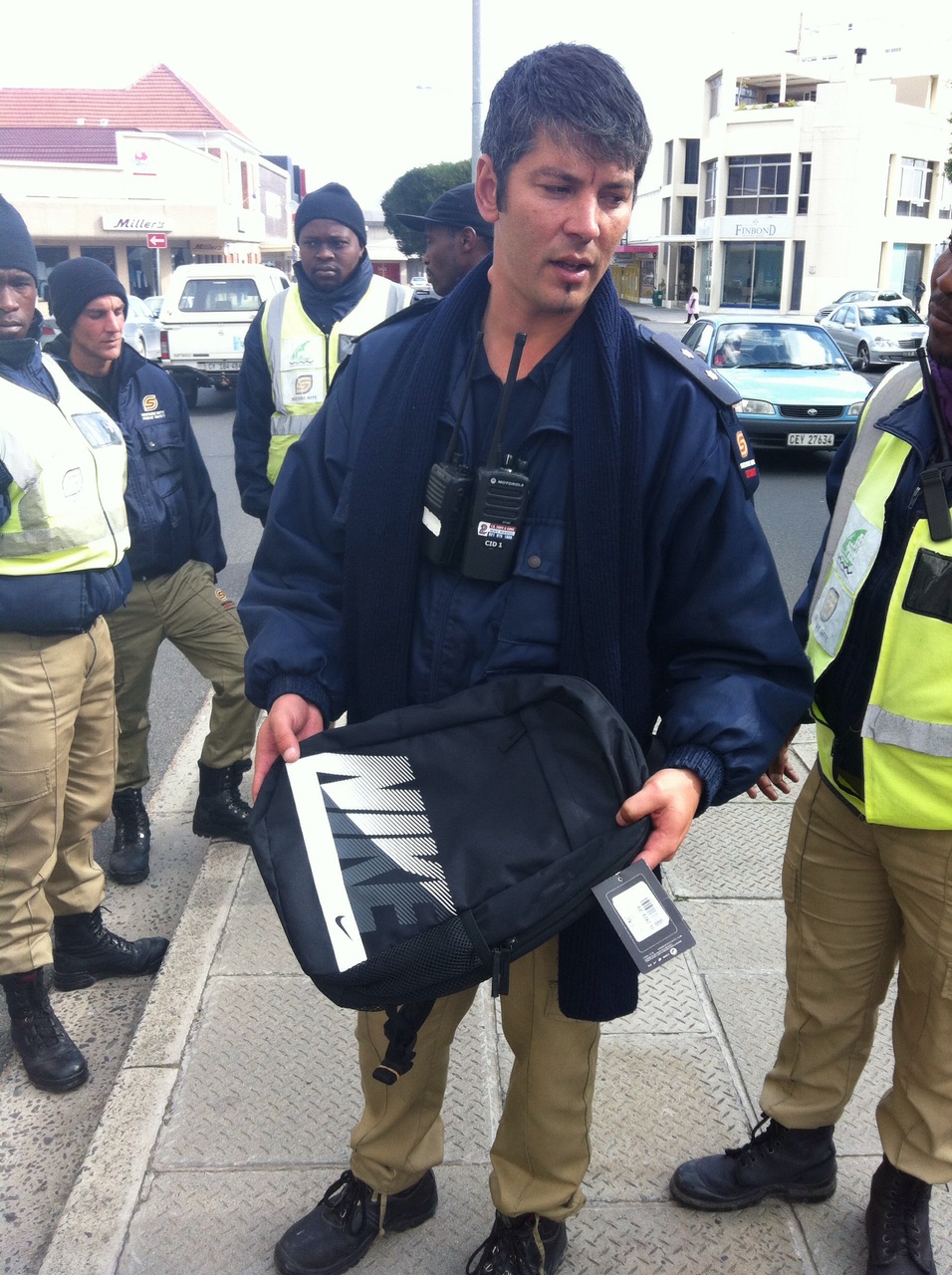