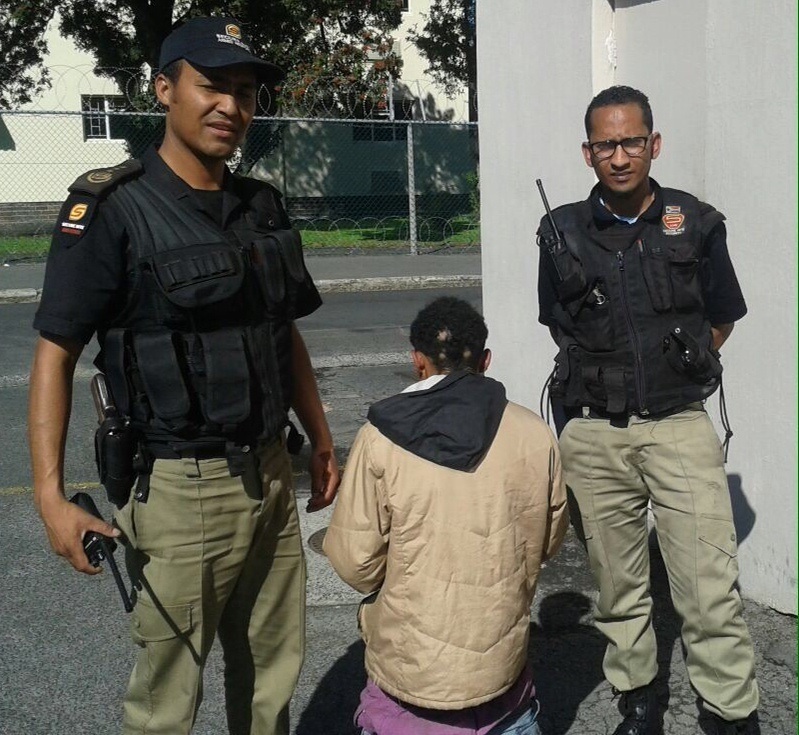 On Thursday 6 August 2015 at approximately 12:10 a member of the public called in to Secure Rite Control room reporting a suspect that had robbed a senior citizen on the corners of Belvedere road and Caledon road Somerset West.

Armed response units rushed to attend to the call and within seconds Armed response officer Ashwell Claasen stood down on scene. Officer Freddie Carelse also stood down at the scene and members of the public pointed out a suspect who had robbed a senior citizen.

The officers detained the suspect and the victim confirmed that he had robbed her and that there was another suspect also involved. The officers searched for the second suspect but he could not be found. The suspect was handed over to Somerset West Police.

Well done guys we are proud of you! Secure Rite Serious about your safety!