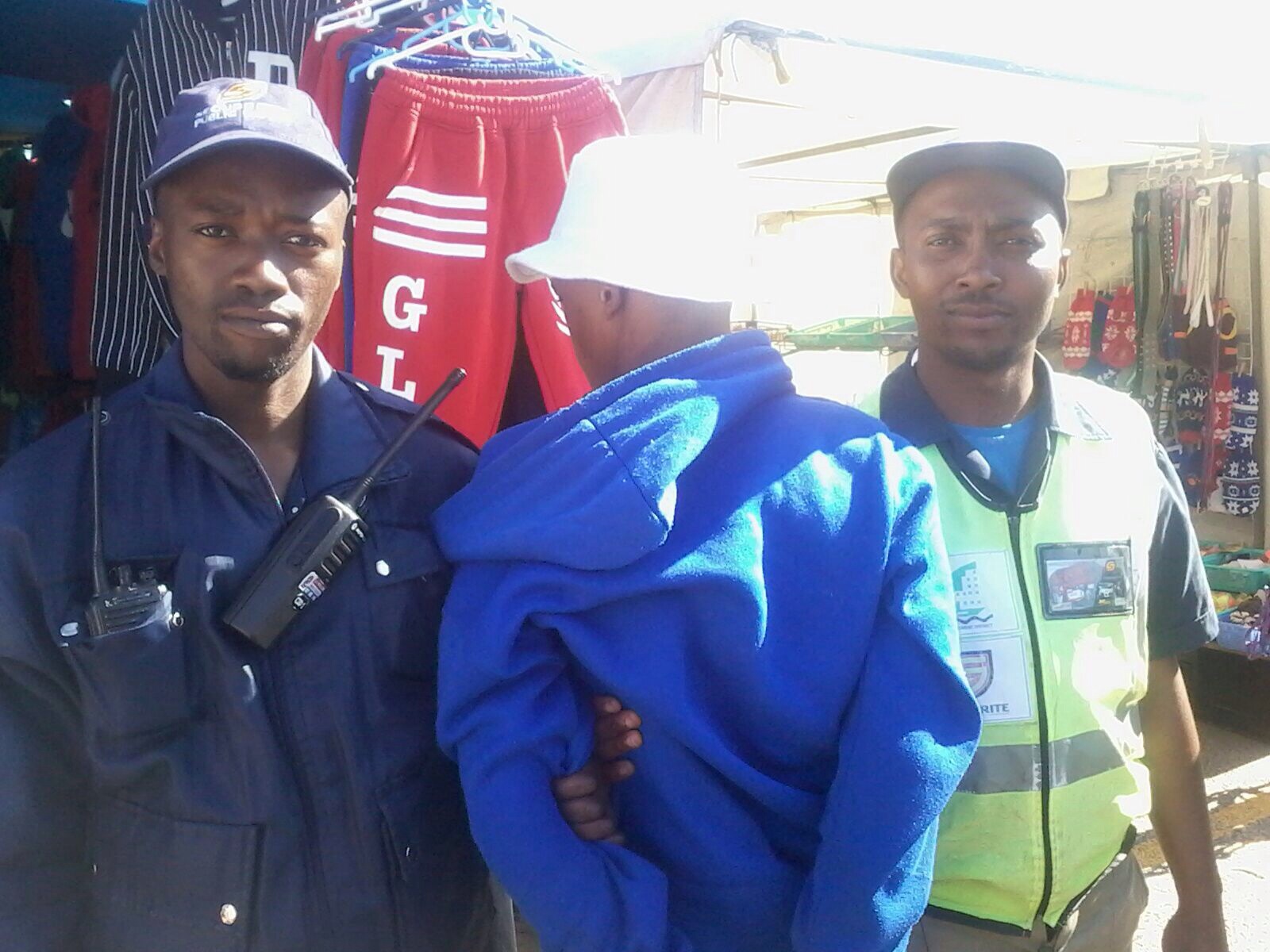 On Saturday 22 August 2015 at approximately 14:00 Strand CID Public Safety officers Menze and Siviwe were on crime prevention foot patrols in Beach road Strand patrolling among the informal traders when someone called out to them for help.

The officers rushed over to one of the traders who pointed out a suspect who had stolen clothing and attempted to escape. The CID public safety officers quickly detained him and recovered the stolen goods. Strand Police arrived on scene and arrested the suspect. Well done guys we are proud of you!