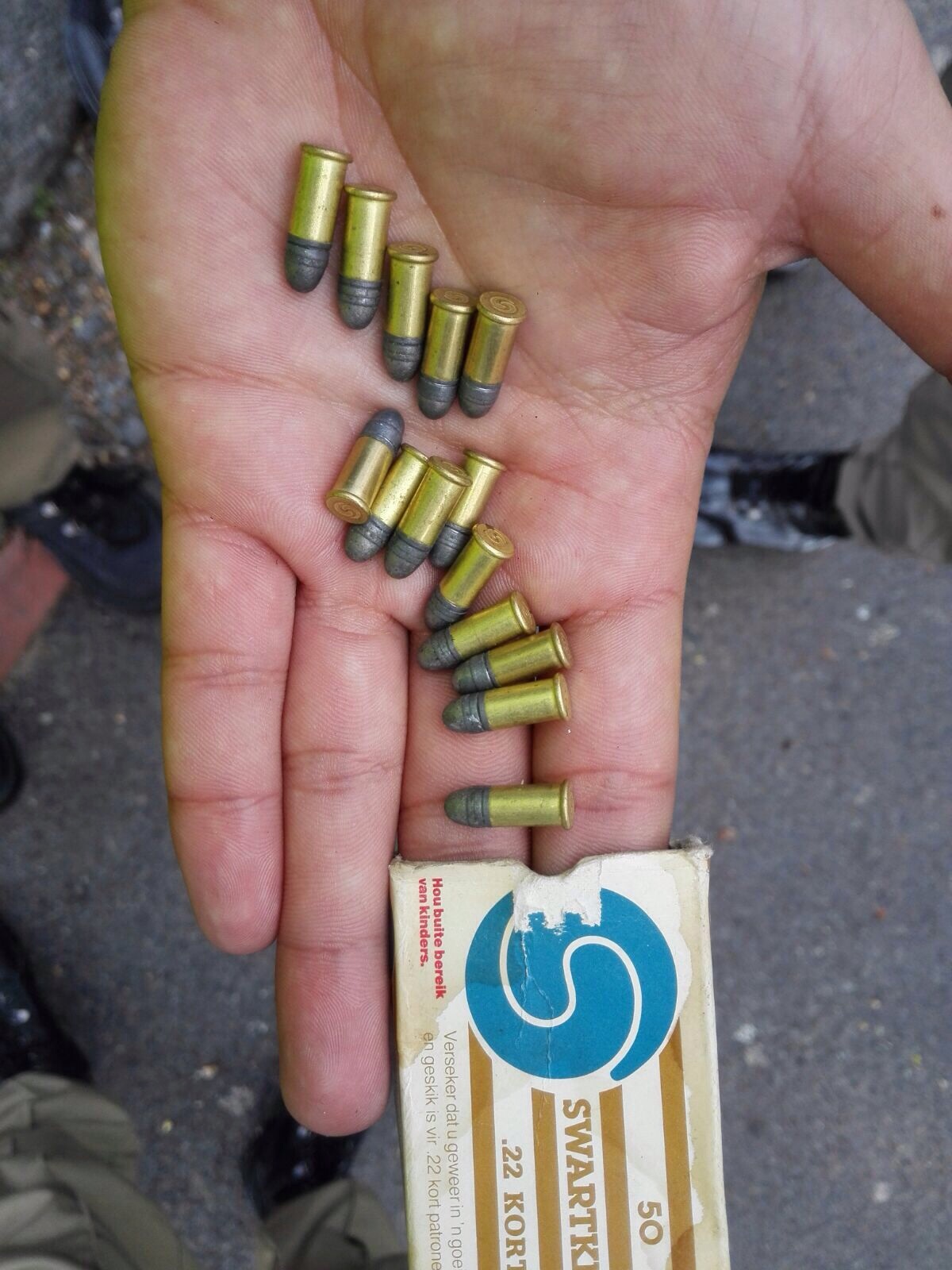 On Tuesday 25 August 2015 at 15:30 Strand CID Public Safety officers were on crime prevention foot patrols in Strand CBD when they were approached by a member of the public and informed of ammunition that had been discarded in Beach road Strand.

The CID public officers investigated and discovered 14 .22rounds of ammunition discarded. The .22 rounds were taken to Strand Police were it was handed over.

Well done guys we are proud of you.