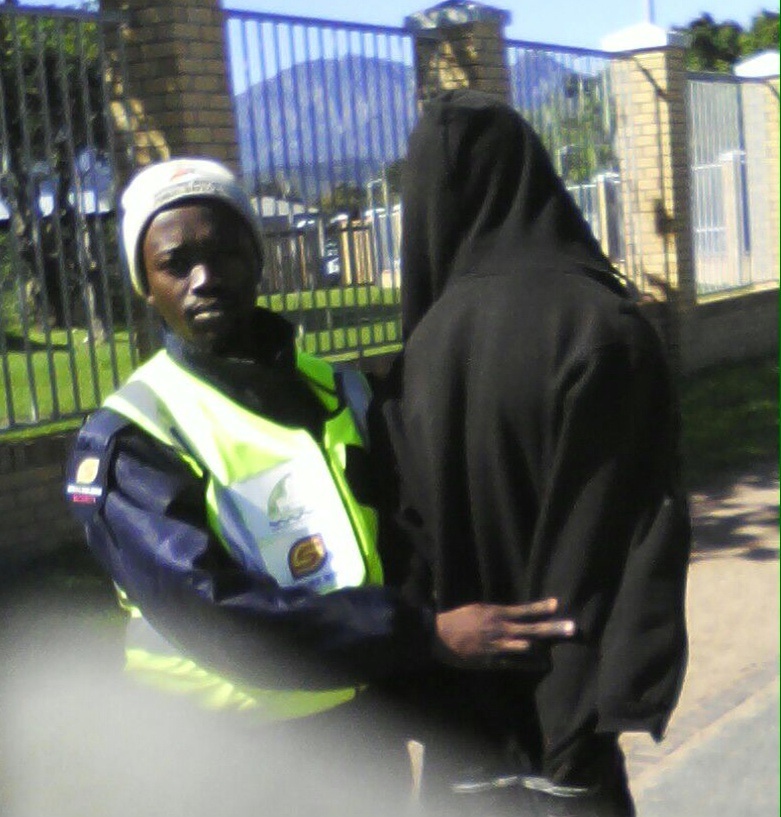 On Thursday 3 September 2015 at approximately 14:30 Strand Public Safety CID officers Menze officer Siviwe and officer Siphiwo were on crime prevention foot patrols in Faganstreet Strand CBD when a member of Strand Neighborhood watch called for assistance on the Neighborhood watch radio reporting a suspect that was wanted by Strand Police in a stabbing incident where the suspect stabbed a neighborhood watch member a few weeks ago.

The suspect had failed to appear in court and a warrant for his arrest was issued. The suspect was detained and taken to Strand SAPS and handed over.