Why is Cape Town the Crime Capital of South Africa? 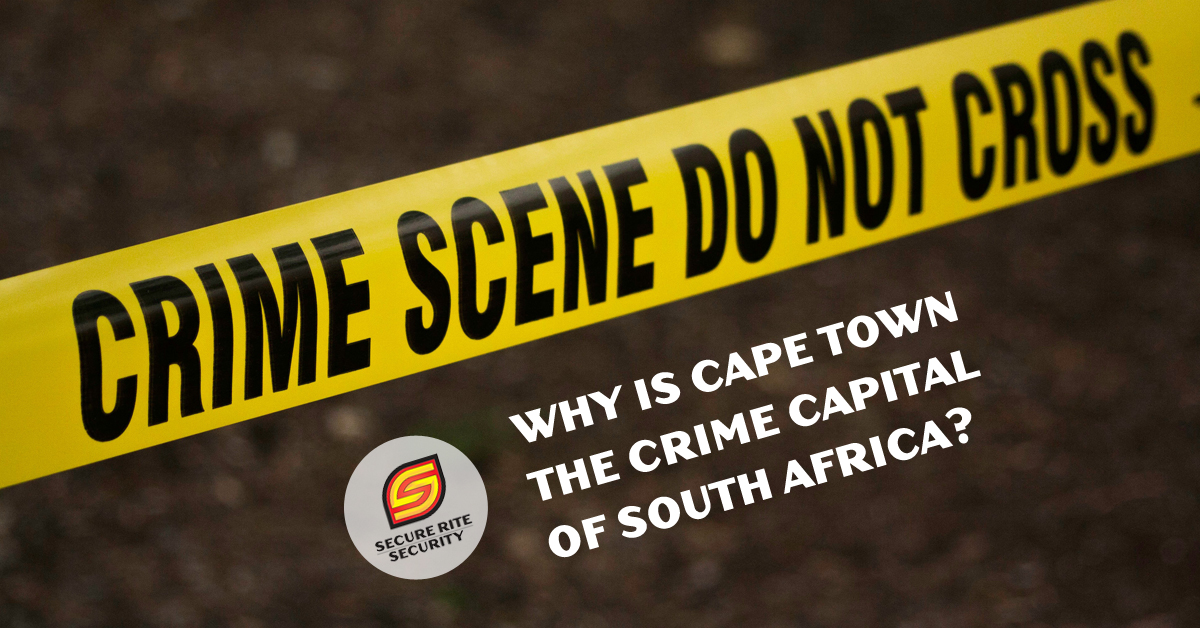 A report published by News24 earlier this year pointed out that Cape Town ”has the highest rates of murder, robbery and property-related crimes” while Tshwane ”has the lowest rates of murder, assault and sexual offenses” of all the nine cities analysed in South Africa. The source of statistics was pulled from Cities Network’s State of Urban Safety in South Africa Report 2018/19.

Here’s what the report says about Cape Town Crime statistics:

City of Cape Town: ”The City of Cape Town has very high rates of almost all crime types”. It has the highest recorded rates of the nine cities for murder (69), robbery (484), and non-violent property-related crimes (1475). For this year, the city moved into third place for sexual offenses (98). The city’s murder rate (69) has increased by 60% since 2009/10 and by 13% in the last year alone, which is more than twice the increase in any of the other eight cities.

But why is Cape Town known as the crime capital of South Africa?

As beautiful and picturesque as the Mother City is, it still stands as one of the most divided cities in the world. Rampant gang violence and murder have maintained the city’s notorious reputation as the crime capital of the country.

“The City of Cape Town has very high rates of almost all crime types. It has the highest recorded rates of the nine cities for murder, robbery, and non-violent property-related crimes, and this year moved from being ranked fourth to ranked third for sexual offenses,” the report indicated.

“Access to drugs, alcohol and firearms is the catalyst” – report

Although the scourge of violent crime in Cape Town has always been attached to the rise of gangs, the report suggested a simpler explanation to this. It may be less about marginalisation and more about the ease of access to alcohol, drugs and deadly weapons. In the report, the indicators that were used to measure marginalisation are poverty, income inequality, youth unemployment and deprivation of services.

Based on the green markings on all four of these indicators, it can be said that, in terms of marginalisation, the city is doing relatively well compared to other cities.

“The city’s social/structural risk factors for crime suggest a low likelihood that marginalisation factors are the key relative drivers. The causal outlier for Cape Town appears to be access to alcohol, drugs and firearms.

“In this area, the city is a clear leader, recording a rate almost twice that of the next most-affected city (eThekwini),” the report said. The report suggested that a key focus area for law enforcement should be restricting this ease of access to alcohol, drugs and firearms.

Craig Austen, CEO of Secure Rite adds: “Although the Helderberg Region is not synonymous with gang violence specifically, that does not mean it is not a factor of crime in our areas. Drugs, firearms and alcohol abuse are a reality in most of the crime events we experience. The need for additional security measures is more prominent now than ever. As a family man and community member, my team and I strive to keep our community as safe as we can every day”.

As the face and modus operandi of crime continues to change, it is imperative that we do what we can to keep our loved ones as safe as possible. Contact Secure Rite for all your home and business security needs.

Source: News24 and The South African